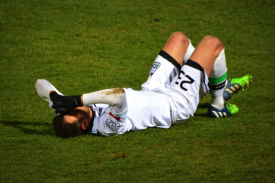 The rate of injuries during tournaments and playoffs in US sports has been on the rise in the past few years. Too many games too close together wear out players quicker making them more susceptible to injury. Contrary to popular opinion, resting players during the regular season, does not improve playoff performance or affect the injury risk during the playoffs suggests the Orthopaedic Journal of Sports Medicine. Whether soccer or basketball, players’ packed schedule and intense travel are exacerbating factors leading to fatigue and more injuries.

With more demands placed on players, both psychologically and physiologically the rate of injury may not abate. The NBA plays 82 regular season games, with each team playing about three times per week, while the MLS plays 374 games, with each team playing a total of 34 games. Added to that are playoff games and in the case of the MLS, CONCACAF Champions League as well as other tournaments. The high stress and increased demands on performance for professional players may be wreaking havoc with their injuries. These can be common ankle and knee related or more serious muscular injuries such as damage to the labrum according to Orthopaedics & Sports Medicine Center.

For the NBA, player health, or most times, lack thereof usually dictates conversation during the season. ESPN reported that entering the playoffs, rotation players missed 61 playoff games in 2016, which is the highest total in the past two decades and three times the rate for 1996 to 1999. To address this problem the league scheduled more days between matches and fewer back-to-back games in 2017. However, the benefits of rest periods may not be so definitive. The number of rested players were statistically similar to those less-rested players and neither group was more injury prone than the other.

Why are playoffs so dangerous to players that year-over-year injuries seem to increase? Michael Jordan’s trainer Tim Grover wrote in Sports Illustrated that players are sustaining these injuries because of the high number of practices and games they’ve already played. The playoffs create a more intense and exhausting dynamic; key players get more playing time and teams shorten their rotations, thus, relying more on their stars. As a result, players will play through smaller injuries leaving them susceptible to bigger ones. The packed schedule means that there is little time for rest or recovery which also aggravates the situation.

Soccer and the MLS are no different. With so many games played during the regular season and less rest days between games during the playoffs, players are facing a similar problem. US Soccer reported that there was a gradual increase in injuries as the season wore on, with fewer injuries early on and more than double the rate late in the season and playoffs. FIFA tournaments like the World Cup also present a higher than normal injury rate due to the fast pace and different playing styles of world class players.

The near career ending injury Brazilian star Neymar Jr. suffered in the 2014 World Cup quarterfinal match against Colombia, after receiving a knee in the back, ruled him out for a few months. The effect of that injury was Brazil’s colossal 7-1 defeat in the semi-final to Germany, reports Ladbrokes. This incident highlighted the fact that the majority of injuries, mostly serious ones, are caused by contact with another player. These changes in incidents of injuries in top-level playoffs and tournaments are generally influenced by the high level, high intensity play where the probability of such injuries is generally much higher.

“The staff was so friendly and professional that I actually enjoyed going to physical therapy.